A software update coming next week will fix an issue that allows a malicious link to freeze the Messages app on the iPhone and iPad, Apple confirmed to MacRumors this morning. 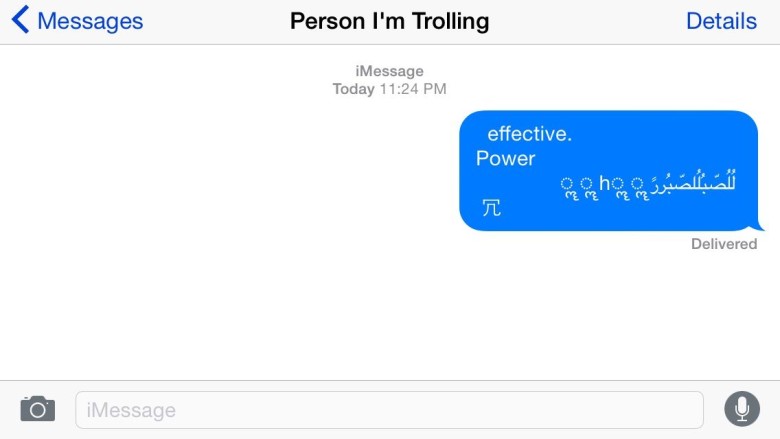 Apple is likely talking about iOS 11.2.5, which is nearing the end of the beta testing period. iOS 11.2.5 beta 6, as we discovered yesterday, does indeed address the issue and prevents the malicious link from working.

The malicious link first surfaced on Tuesday after it was shared on Twitter. When texted to an iOS device, it is able to cause the Messages app on the iPhone or iPad to freeze up and become unusable. Macs are also affected, and we expect to see a Mac fix in macOS 10.13.3.

A user who receives the link will see their Messages app freeze entirely, and the fix appears to require users to quit out of the Messages app and then delete the entire conversation with the person who sent the link to restore the app to working condition.

The link initially went to a webpage on GitHub, but GitHub took it down on Wednesday, limiting its spread. Most users are not likely to be impacted at this point because the original link has been disabled, but if you do get a text with a bad link before iOS 11.2.5 is released, deleting the Messages conversation is a reliable fix.